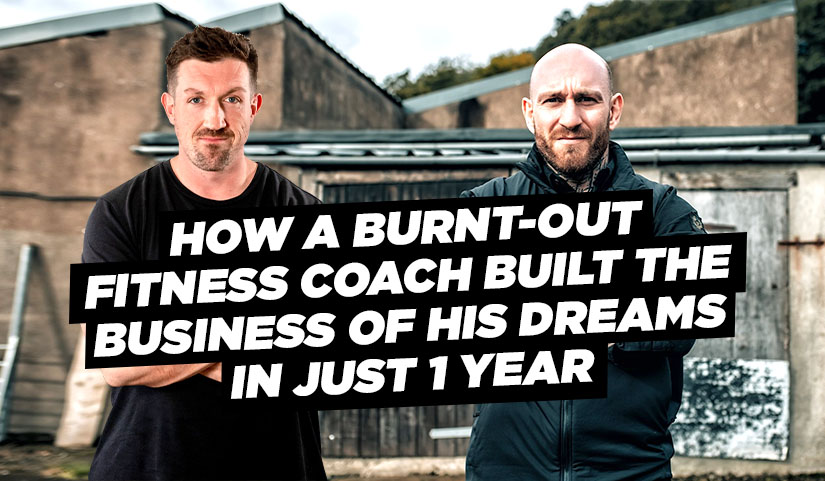 It was a year ago when Marc joined Authority Network.

And in his own words…

I spit-roasted him on Zoom to the point where he was sweating like a glassblower’s arse!

But before that first Zoom session, Marc was like a ton of the coaches I work with.

He knew his stuff when it came to coaching, but he didn’t really have a clue about how to build a sustainable business. That’s why he was working that sweaty arse off just to get and keep clients.

And as for authority…

Marc joined Authority Network to build a six-figure business that could thrive in any environment.

Sick of his business running him, rather than the other way round, he joined because he needed somebody to smack him upside on the head with the truth so he could create the change he needed.

As much as we might like to claim we’re not in this for the money, we all are to a certain degree. You want to make more from your fitness business so that you have what you need to live the life of your dreams and make the impact you’re capable of making on the world.

And when it comes to the financials, Marc’s experienced a tremendous transformation with Authority Network.

Because when I inducted him, Marc was living in a pretty small apartment.

A few months into his training, he moved to a big apartment.

Then, he upsized to a house…

The changes he’s made to his business mean that Marc’s now able to stay at the most prestigious hotels in the world and eat at the most exclusive restaurants. And at a moment’s notice, he can take off and see any part of the world that he wants.

Because he has built the systems and processes needed for his business to be able to run without him. Instead of having to be there 24/7 to keep the thing afloat, Marc now gets to do what he wants because he knows the business can thrive without him.

That’s why he’s able to go on training holidays to Scotland and the Lake District every month.

It’s why he’s able to commit to owning a pedigree puppy that demands an awful lot of his time.

The business he’s built has given him the money he needs to do all of these things. But more importantly, it’s provided him with the freedom to enjoy the fruits of his labours.

And that’s not all…

The Benefits Go Beyond Money

We all know how important money is as business owners.

But it’s not the only thing Marc’s gotten from being a member.

Because beyond building a strong coaching business, Marc has met some amazing people along the way.

Every member of Authority Network is a fitness coach who wants to do better. They share Marc’s vision and ideals, which means they’re the perfect support network for a guy who wants to have a huge impact on other people.

Marc has made lifelong friends and peers through Authority Network.

But perhaps most importantly…

As he puts it:

“I’ve experienced more breakdowns and more breakthroughs in 365 days than most would in 365 weeks. And that’s a good thing. New challenge = New growth.”

And that’s what Authority Network is all about.

I’ve built a community of coaches who push each other every day to achieve more with their businesses. I work with these coaches to help them see where they’re going wrong and what they can do to fix it.

Authority Network is all about staring the challenges of building a fitness business in the face and smashing right through them.

And if you do it?

The guy has changed his whole life in the space of one year and he did it because he put the work in where 99% of coaches won’t. He even spent his entire mortgage fund to join Authority Network and he’s been paid back in spades.

I’m so proud of Marc because I know he’s only just getting started. Give him another year and who knows how big his business might be.

But let’s switch our focus to you.

Marc’s success shows you how powerful Authority Network can be for fitness coaches. And when you join, you become part of a force of nature that’s changing the way coaches do business.

But I want to make sure you get the most out of it.

If you join Authority Network, these are the four tips that Marc shares (and I agree with) to get what you need out of the program.

The people I induct are the cream of the crop. They’re the top 1% of coaches who I know are dead serious about making it to six figures and beyond.

But why do you need to know that?

So many coaches spend all of their time comparing themselves to the tons of other coaches they see online. You watch them do what they’re doing and constantly weigh your business up against theirs.

That’s what coaches do when they’re not confident in themselves and their programs.

When you join Authority Network, that means you’re already better than the coaches you’re comparing yourself to.

Recognise yourself for that achievement and stop comparing yourself to other coaches.

Tip #2 – Lean into Whatever Scares You

Don’t listen to that voice in your head that tells you to stop!

Instead, lean into the stuff that scares you.

Push yourself to get out of your comfort zone and try the new ideas that you’ll get introduced to as part of this exclusive group. As Marc puts it:

“Even in the past month and week, Phil will vouch that I’ve had to make BIG calls and lean into what feels like the total OPPOSITE of what needs to be done.”

I can vouch for that.

And I can tell you that Marc had the guts to shut down the fearful voice in his head and confront the challenges I put in front of him.

You already know about the results he achieved because of that choice he made!

Here’s another nugget of wisdom from Marc:

“The most valuable conversations you will have at any course or seminar are often held in the corridors outside.”

Is Marc saying there’s no value in what coaches and speakers say?

What he’s telling you is to connect to the people who attend events or join programs like Authority Network.

These are people who have similar ambitions and goals to you. They’re also the ones who can offer unique perspectives on the challenges you face and the knowledge you gain from being part of a program.

And support each other in building powerful fitness businesses together!

More pearls of wisdom from Marc, and I couldn’t agree more.

The desire to do everything perfectly is the biggest killer of action in business. Because when your intent is to get something perfect, you just don’t get it done.

This drive for perfection usually stems from fear.

You’re worried that doing something slightly wrong will damage your business or reputation. But what you don’t realise is that doing nothing at all does that, too.

And if you do finally create something “perfect”… it took you so long that somebody else got there well before you did.

Embrace the challenges you face and accept the fact that you will make mistakes and may occasionally fail. Use those experiences to teach you more about what you need to do next time.

Even a faltering step forward moves you farther than the coach who’s standing still.

Getting the Most Out of Authority Network

Lean into what scares you…

Those are the four tips that Marc offers to anybody who’s thinking about joining Authority Network. And I’d go so far as to say that these four tips apply to anything you do to build your fitness business.

Ultimately, it’s about overcoming your fear of change to build something that can create the life you’ve always wanted to lead.

Now, he has the complete freedom to live his life as he chooses because he took what he learned from Authority Network and implemented it.

Follow his advice, regardless of the program you choose or if you even work with me, and I promise you’ll achieve stunning results.

I hope Marc’s story helps you in some way. Take care.

Ps. Whenever you’re ready there are 3 ways you can partner with me and my team to grow your fitness business.

This is the entire end-to-end system for plugging into any fitness business. It’s a 8-week build out of business foundations, sales, client delivery, scaling, and a custom 30 day challenge. Lifetime access. But it’s an 8-week drive for the growth you’re ready for.

2. Apply for Authority Network and Partner Directly With My Team → Here

Direct mentorship with me and my team started by assessing your current business strategy, assessing blindspots, fixing immediate weaknesses…

And building new scalable foundations. Specifically to coaches and entrepreneurs looking to crack £10K months, get out of the gym, and grow online.

This is limited, extremely private, and intimate. If you’re reading this and have reached a level where you’re above everyone else, apply here → Here 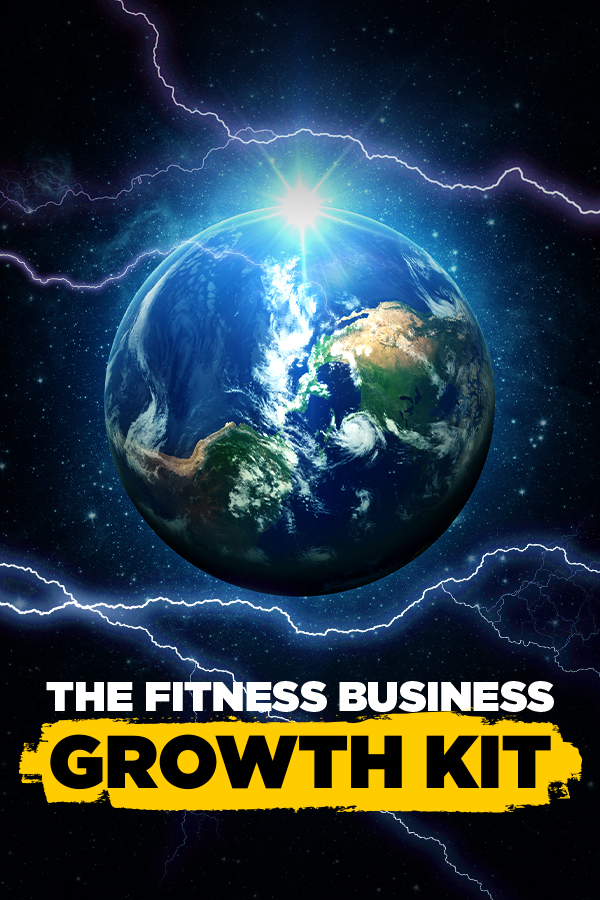 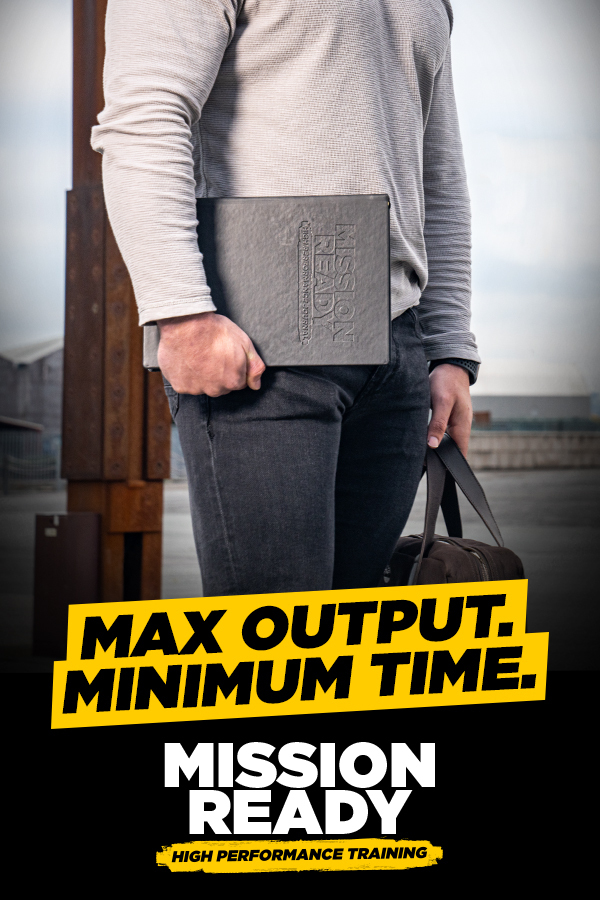 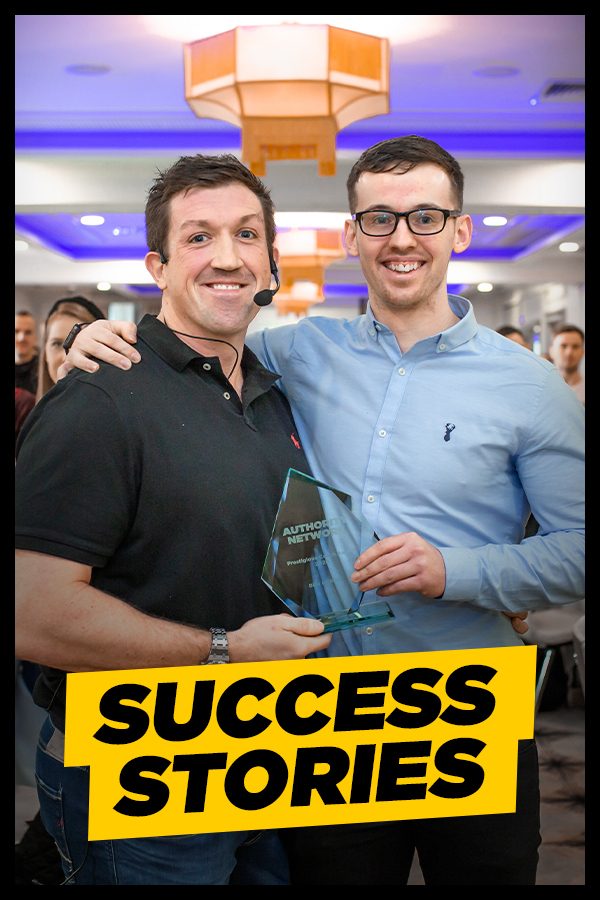 Enter Your E-mail Address To Reserve Your Seat & Watch The Webinar Now!

By registering, you agree to Phil Graham Terms & Conditions

Win A Business Mentoring Session with Phil Graham Worth £500

By registering, you agree to Phil Graham Terms & Conditions